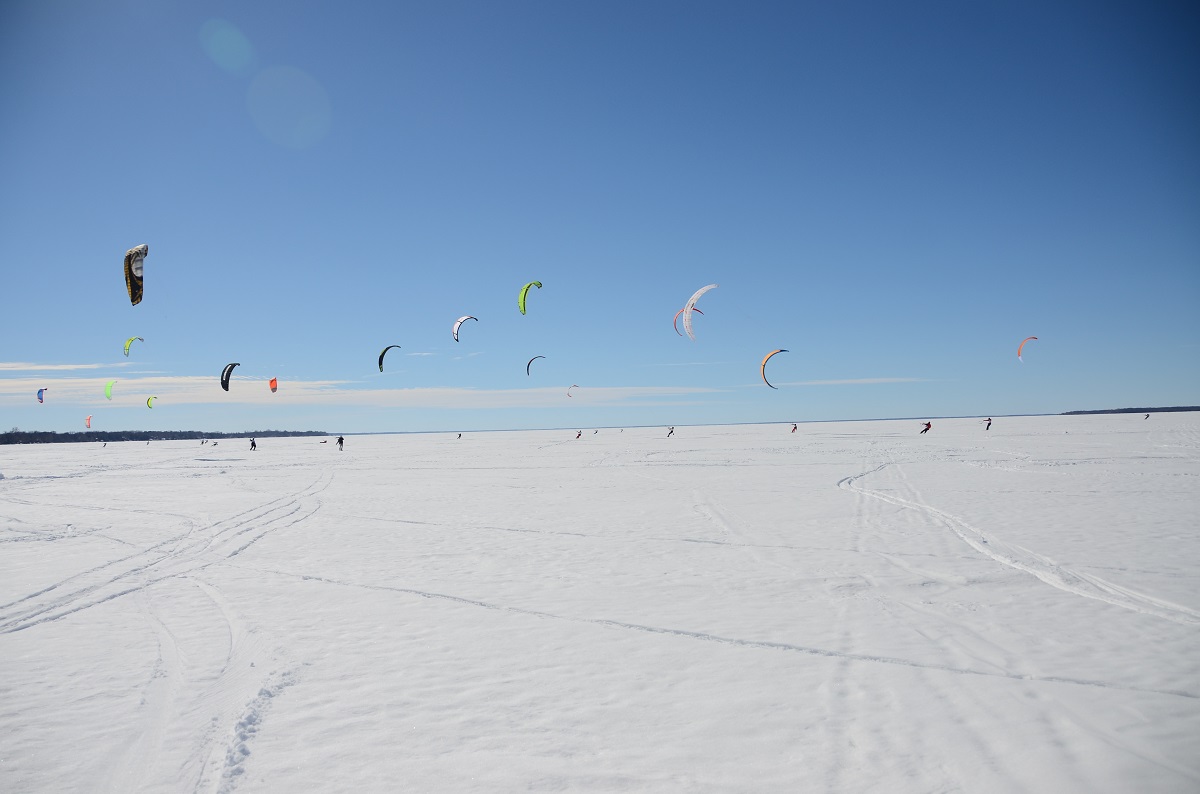 On February 18,2017  a group of 32 Ontario  kitesurfers went to challenge their skills in snowkiting race .Ontario winter weather has been mixed with +10C-15C air temperatures and snow/ rain all season. Finally we traced  snowfall in the area that would stay for couple of days before the next warm up . This was an unpredictable forecast day where mother nature could take it anywhere and she did. Early morning team of CKSS showed up at the pre-planed location on lake Simcoe near Beaverton for a setup. With sun rising up there was a shift on the forecast update. Riders began to show up and kites were getting pumped. We all believed “The wind is coming” .

A few riders have set up their kites on the snow and some tried launching their kites, but with little success but majority was at the parking lot chatting about the wind, which was about 5 or 6 knots at 10 am. Clearly not enough for a race, but there was hope and weather was just wonderful – sun and light frost, perfect for kiting if little more wind. At 11 am slight breeze has arrived and small branches of trees started moving lightly . By 11:30 it was enough wind to start the race.The atmosphere was filling up with Adrenalin. Riders and support team could feel it .

This was not just a race where you have perfect wind condition. You must be alert and watch for shadows and wind drops as there is no turn back or a shortcut. First 20kms went smooth but the challenge has been waiting for riders in just around the corner. As the sun rise up it created a wind domm and a group of snow kiters that stayed closest to the island got into no wind zone. As a kitesurfer you have to become a pro wind finder and analyze the area immediately, plan your next step  . Few kiteboarders wrapped lines and began to walk and some was ruining ” it is a Race” out of wind shadow. Couple of guys said they walked few kms chasing the wind tunnel.

The first 10 places were taken by:

A big thanks to our event sponsor SilentSport – Toronto 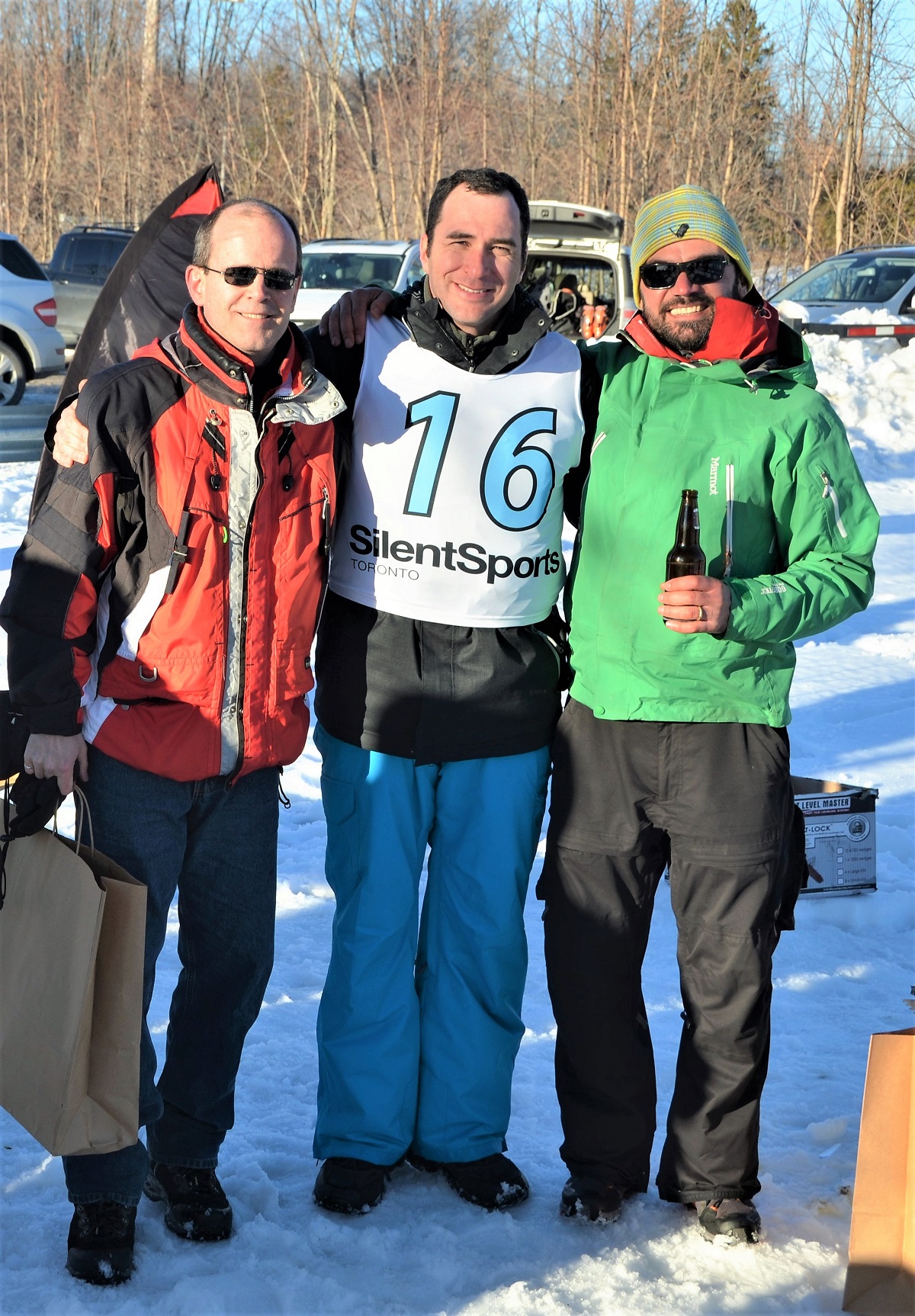 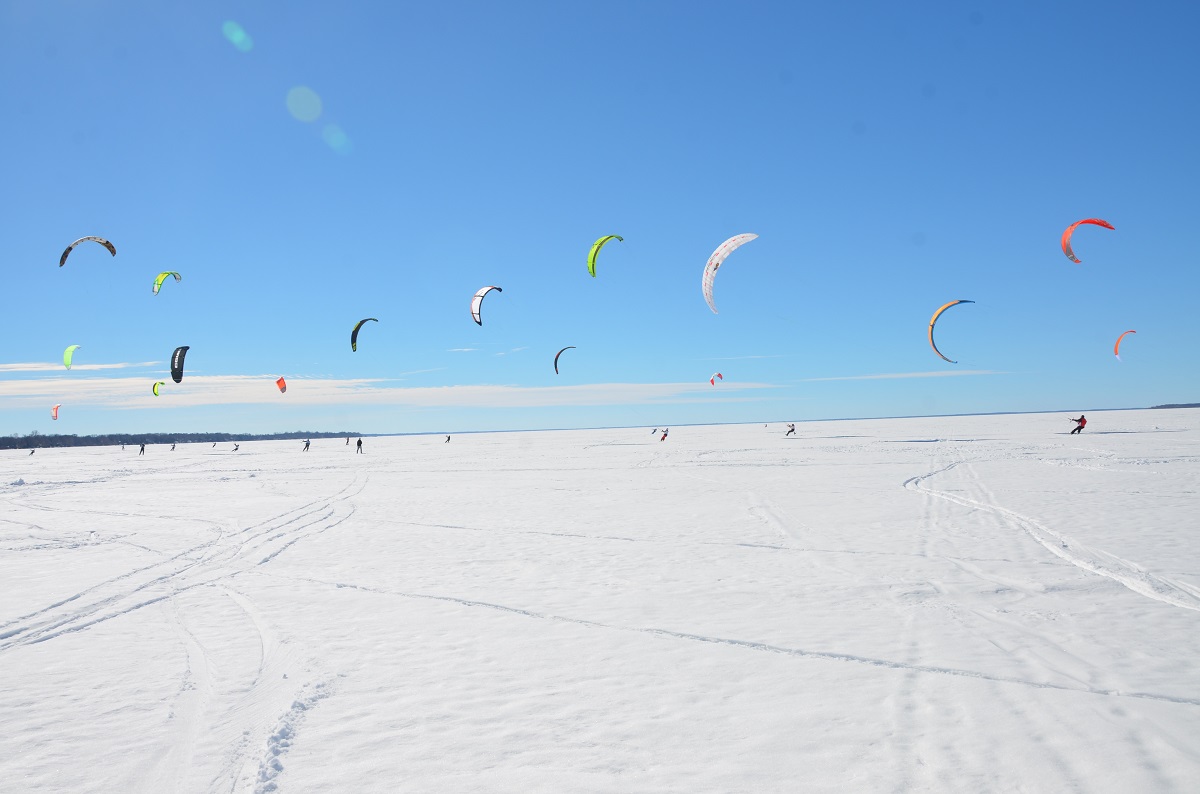